The Murals for Racial Justice project, which commissioned 24 Black artists to create 22 temporary murals on boarded-up storefronts in downtown Indianapolis, started in June 2020 as an immediate response to the worldwide protests calling for racial justice following the murder of George Floyd and an end to police brutality.

The artists and murals are featured below. 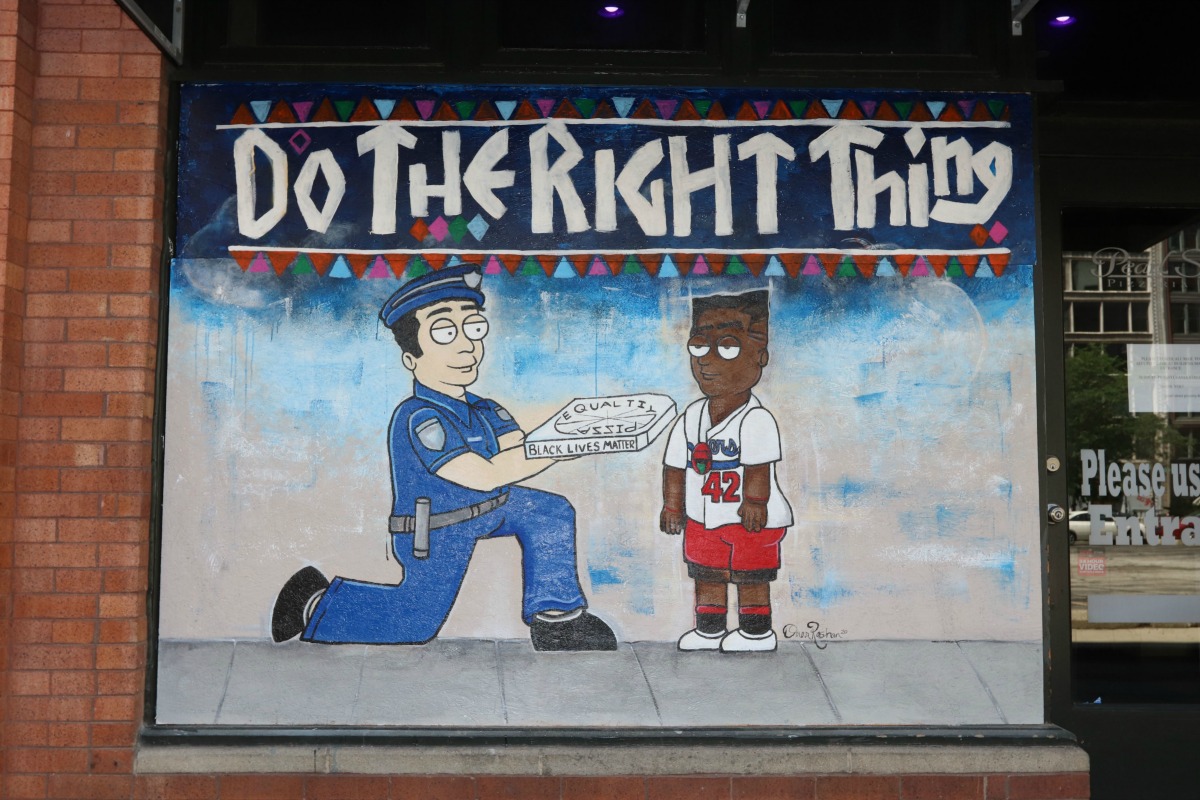 The Murals for Racial Justice project was initially organized by the Arts Council, Indianapolis Cultural Trail Inc., PATTERN, St’ArtUp 317, and cultural entrepreneur Malina Simone Jeffers. The original plan was to exhibit the murals along the Indianapolis Cultural Trail: A Legacy of Gene and Marilyn Glick, but the plywood's fragility made it unsuitable for long-term outdoor display. To document the murals’ historic and artistic significance, PATTERN produced the high-quality images that were produced on 3-feet by 5-feet vinyl banners that individuals can reserve, at no cost, through the Indianapolis Public Library for public and private events. More info at indypl.org

The copyright to each mural, as well as the physical mural itself, belongs to the artist who created it. Any use of the mural in public or in reproduction by the Arts Council and their partner organizations has been expressly approved and licensed by the artist. Others who wish to promote the murals or use an image of a mural commercially must work with the artists to determine a fee appropriate to the context of the use. We are providing artist contact information for the convenience of their future partners and patrons.