The Arts Council of Indianapolis Arts Journalism Fellowship Program awarded $2,000 fellowships to qualified and talented students (undergraduates and post-undergraduates) to research and write engaging articles or create content and videos on artists and arts organizations in music, dance, theatre, literature, media, and/or the visual arts. The fellowship program sought to introduce and provide students with connections, and to build relationships with professional journalists and artists in central Indiana.

For the third round of Arts Journalism Fellowships, the program expanded into a year-long fellowship spanning August of 2017 through May of 2018. The third round also expanded to include NUVO as a partner media organization. One fellow was placed per media outlet providing more in-depth opportunities for professional development and one on one coaching. 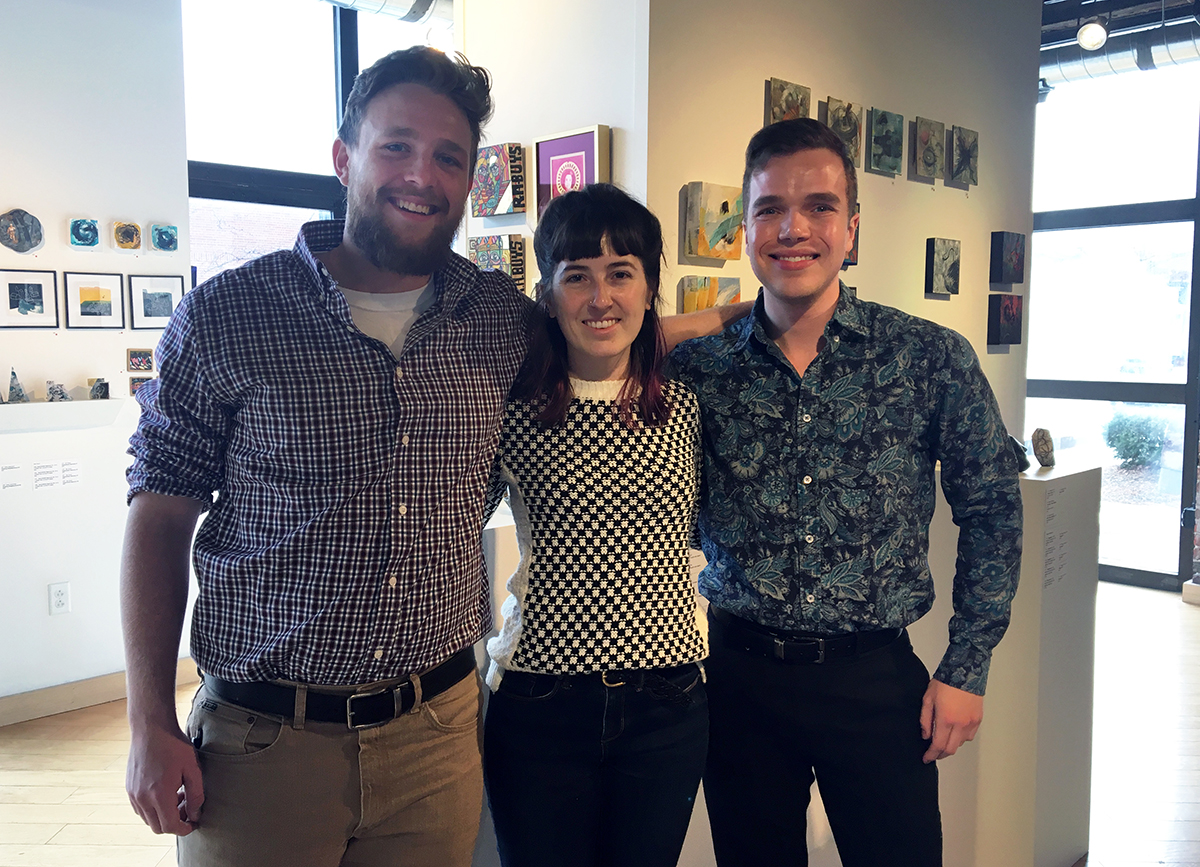 Bekah Pollard is a 2016 graduate from Butler University where she graduated with high honors in Art + Design, English Creative Writing, and Gender, Women, and Sexuality Studies. Throughout her time at Butler, Bekah worked as a contributor and editor for Butler’s humor magazine Archives, as well as the university’s fine art and literary magazine, Manuscripts. Bekah has shown her artwork regularly on Butler’s campus and in several galleries throughout Indianapolis in the past few years. Bekah worked as a contributing editor for the website thelala.com, and most recently writes arts articles for leapreview.com. She is originally from Peoria, Illinois.

Ross Reagan is a 2016 graduate from IUPUI where he majored in English with a concentration in Creative Writing and a minor in Business and Professional Writing. He has always had a passion for theatre and film, and served as Indiana Repertory Theater’s first Student Correspondent for its 2015-2016 season. Last fall, Ross studied abroad in London while interning at The Space theatre and exploring Europe. In his spare time, he enjoys volunteering with various nonprofits across Indianapolis. His other hobbies include weightlifting, classic films, and brainstorming short story ideas at his local coffee shop.

Alex Weilhammer is a 2016 graduate from DePauw University. He majored in English Writing and minored in Philosophy. He was an active member of his fraternity, Beta Theta Pi, and he served many positions at The DePauw, including editor-in-chief. In the summer of 2015, Alex was an intern at the Sarasota Herald-Tribune. Alex grew up in Indianapolis and is also a die-hard Colts fan. Outside of writing, Alex has a deep appreciation for stimulating conversations, long games of chess, and live music. 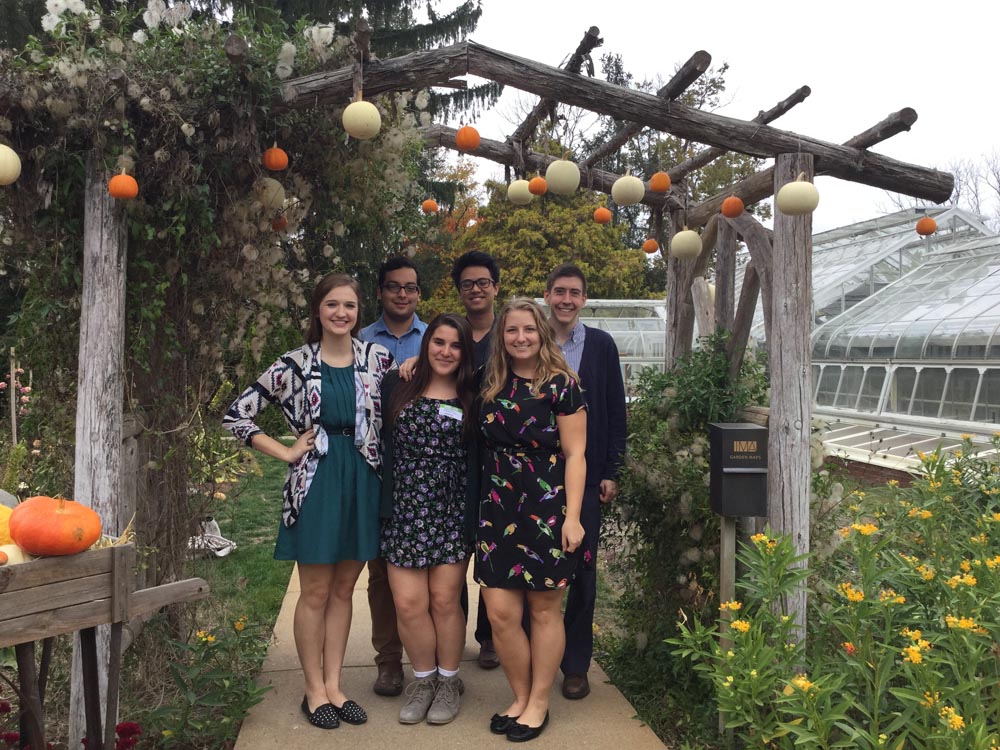 Tyler Dague is a 2015 graduate of Anderson University with a bachelor’s degree in communications and a cognate in arts journalism. He was a writer and associate editor with the Andersonian, Anderson University’s student newspaper, before becoming editor-in-chief in January 2014. His most recent internship was with Lincoln Center for the Performing Arts in New York, communicating directly with the public at each of their summer concert series. During his time with the Andersonian, he received several awards from the Indiana Collegiate Press Association including Best Entertainment Feature. Dague is originally from St. Clairsville, Ohio.

Jorge Dorantes is a digital media freelancer with eight years of experience in the fields of design, photography, and video production. Raised primarily in northern Indiana and a resident of Indianapolis since 2010, Dorantes has worked in a variety of roles with several Indianapolis nonprofits, including the Indianapolis Museum of Art, Heartland Truly Moving Pictures, and the Arts Council of Indianapolis. He is currently a student at IUPUI working toward completing a dual degree with majors in journalism and visual media. Dorantes is on track to graduate with his degrees in the fall.

Alison Graham is a junior at Indiana University studying journalism with a minor in international studies. She has worked for the Indiana Daily Student as an arts beat reporter, section editor, and managing editor. She traveled to Vienna, Austria to work for the International Press Institute and was an intern at the Hendricks County Flyer this past summer. Graham is originally from Indianapolis, Indiana.

Marah Harbison recently graduated from Indiana University where she studied journalism and arts management. Born and raised in Louisville, Kentucky, Harbison has been passionate about writing and the arts since a young age. She was an Indiana University Founders Scholar, and in 2014, she was awarded the Patricia Beach Smith scholarship for journalism students interested in arts. Harbison has been a competitive Irish dancer since the age of six, competing at the world championships and touring Ireland with a professional show. She has recently been appointed Assistant Director and Print Manager for Indiana University's Office of Admissions.

Gabby McLemore is a junior at Indiana University majoring in journalism and education while minoring in communications and culture and telecommunications. McLemore is a native of Columbus, Indiana where she was heavily involved in the journalism department at Columbus North High School while also playing on the school's volleyball team and performing in the drama department. McLemore recently completed an internship with the Senate Communications office at The Indiana Statehouse in downtown Indianapolis and hopes to pursue a career in journalism upon graduation in 2017.

The Arts Council of Indianapolis is committed to working with the arts and cultural community to cultivate a sector that serves, celebrates, and values every resident of Indianapolis. We envision a city where engagement in the arts is not pre-determined by socio-economic status, race, ethnicity, gender, sexual orientation, or disability. We believe in a full creative life for all.